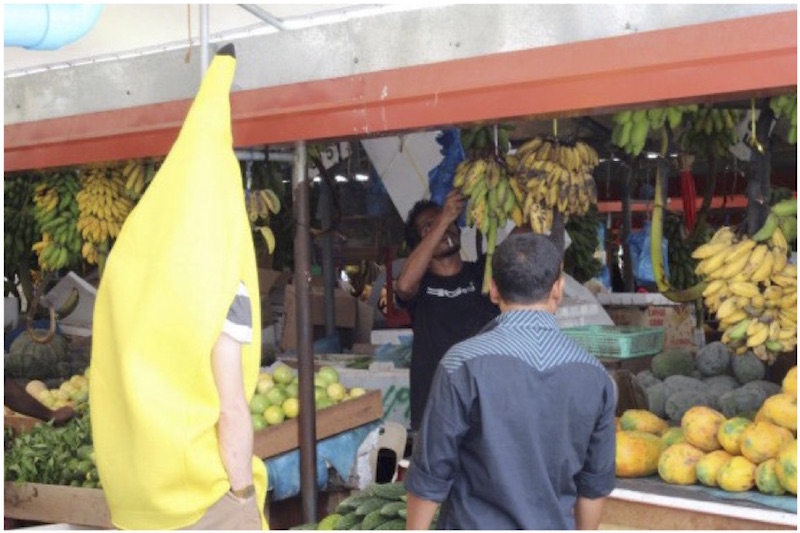 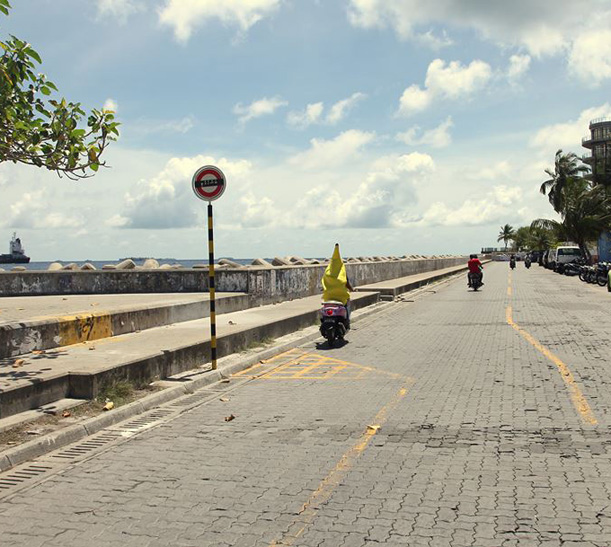 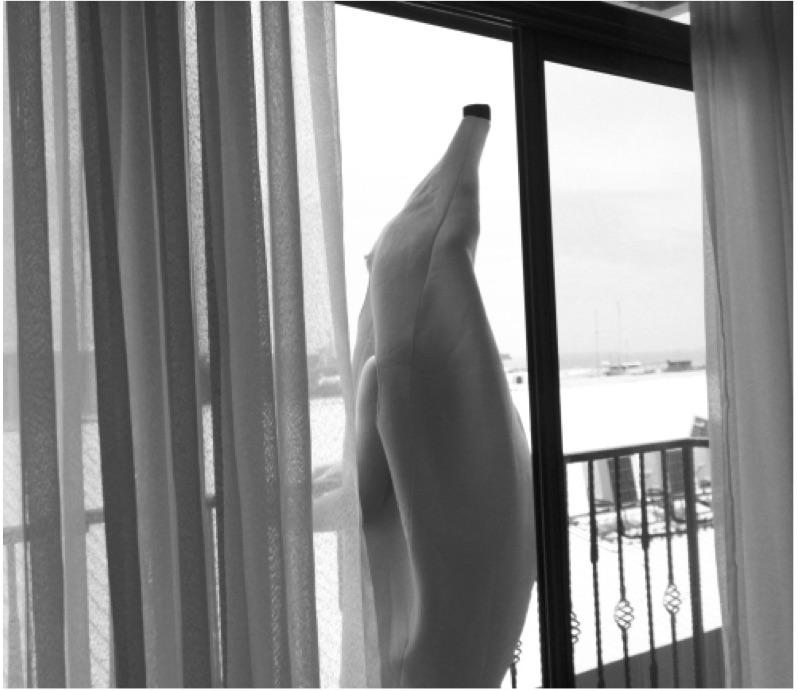 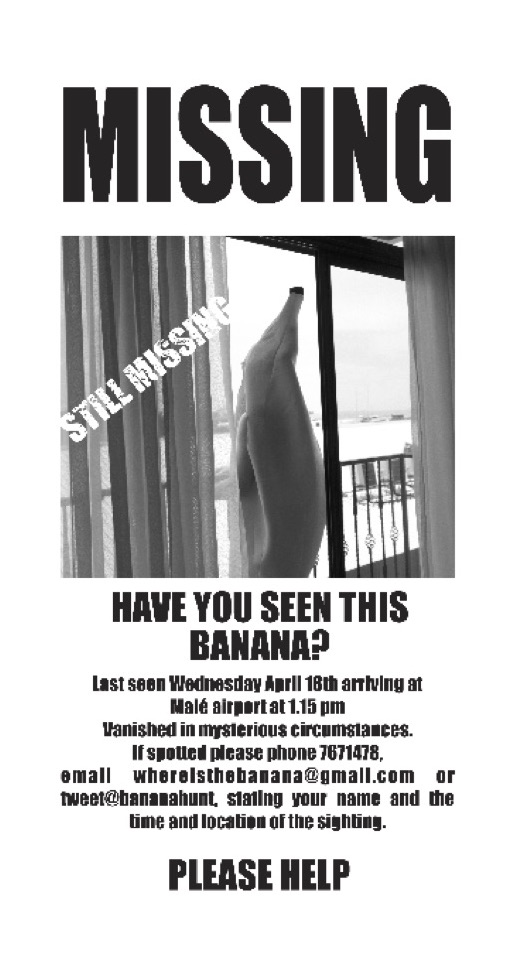 The Hunt for the Yellow Banana

The Hunt for the Yellow Banana was a citywide cross-platform performance / game story that took place in Malé, Maldives.

It began with the distribution of flyers in English and Dhivehi and the putting up of posters announcing that a Banana had gone missing. There was a photo of an identifiable human in a banana outfit with sunglasses on with an e-mail address and phone number to contact in case anyone spots the Banana. Members of the team (principally the game’s core design team Andrea Brasch and William Drew) would then appear as the Banana in different parts of the city. There was a website with a map that would mark sightings as well as a Twitter hashtag. In the lead up to the final live event, which was a race to be the first team to find the Banana, the narrative took a shift whereby the Banana, alone in the city and having discovered its autonomy, was feeling depressed and had been contemplating suicide. There were various clues posted online as to how the Banana might choose to end its existence on Earth.
It’s very easy to get arrested in the Maldives, due to the dictatorship, therefor ‘The Hunt for the Yellow Banana’ was a constant negotiation and pushing of the boundaries.

Developed in collaboration with William Drew.

Invited to participate in the project ny Amani Naseem